In this extract from his new book ‘Hard Truth’, rugby league bad boy Todd Carney talks about those closest to him, and the profound effect they’ve had on him in life and death.

Mum says I was a bit of a loner in my early years, happy to play in the backyard by myself with what few toys I had.

My life became a lot more interesting when I was eight and we left town and moved out onto the land. It was always my dad’s dream to have a farm and we settled on a property called Boxer’s Creek. There were horses, cows and other animals. Dad was over the moon and I loved it too, it was much more fun for a little kid than living in town.

I spent plenty of time with my dad, Daryl, and if I wasn’t learning off him about country life, I was with my Pop, Lindsay. It was a happy time. Pop, my dad’s dad, was a real country man. He’d be there at 6 o’clock every morning just pottering around and I enjoyed hanging out helping him and Dad with chores on the farm.

I spent many hours in Dad’s truck or Pop’s truck, driving around the property or into town, talking and learning and asking a thousand questions, as young kids do.

I’d get into little bits of mischief every so often, not uncommon for kids that age, but I wasn’t too bad. Pop had a few grandkids but I like to think I was his favourite. In school holidays we would often go fishing, just the two of us, and they are special memories. 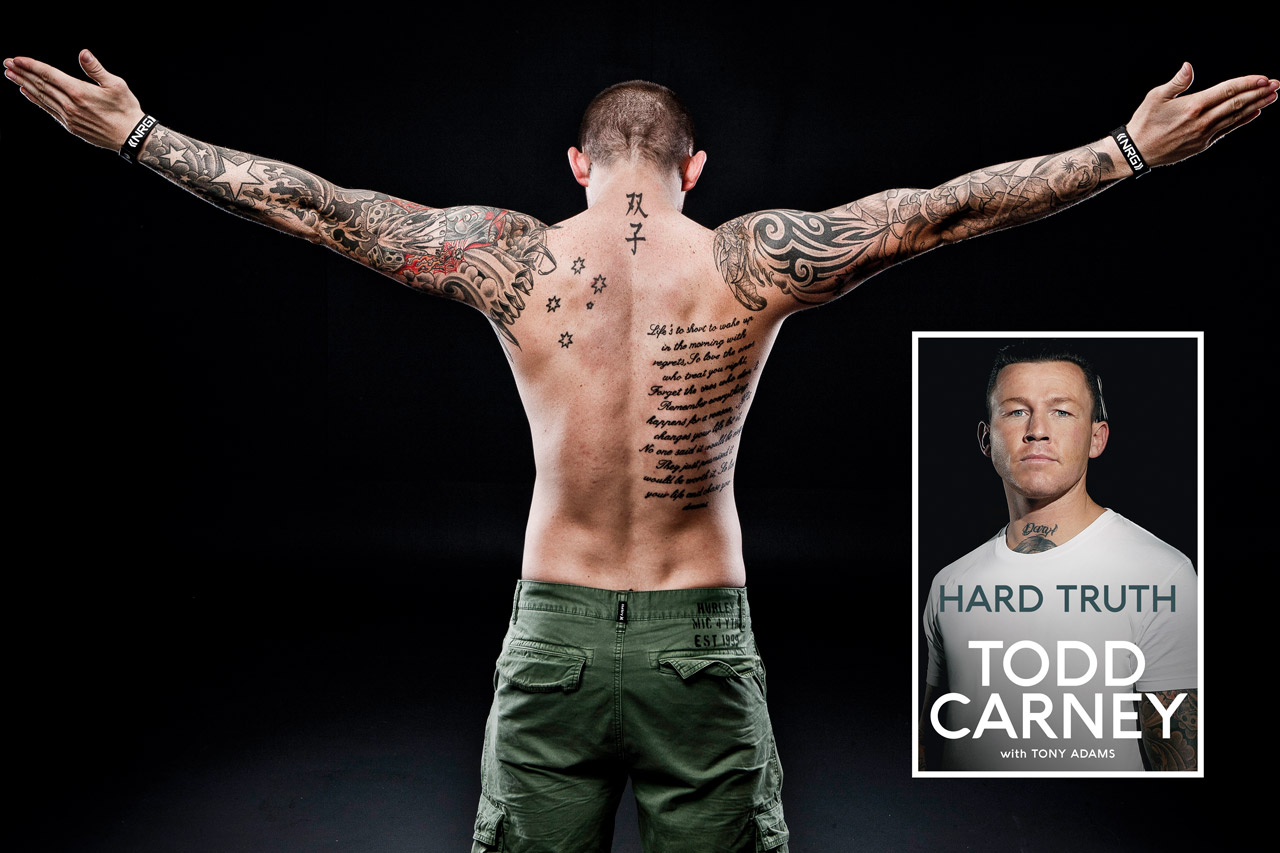 WE HAVE A SPECIAL BOND

I’ve got mates around the world through football, but family has always been special to me. Growing up, we were all very close and I remain very tight with Mum and my sisters.

I believe without family you are nothing, and my family helped me make it to the top in football – no way could I have made it without their help and support.

Dad and Pop have both passed now and I often wonder how my life would be if they were still around, but it is one of those things I’ll never know – all I know is that I loved them and miss them.

As for Mum, I have always thought of her as my best friend and still do.

We have a special bond. As the youngest she spoilt me, but at the same time, she always gave me plenty of chores to do – probably to keep me out of strife! We never went without anything, so we were lucky. 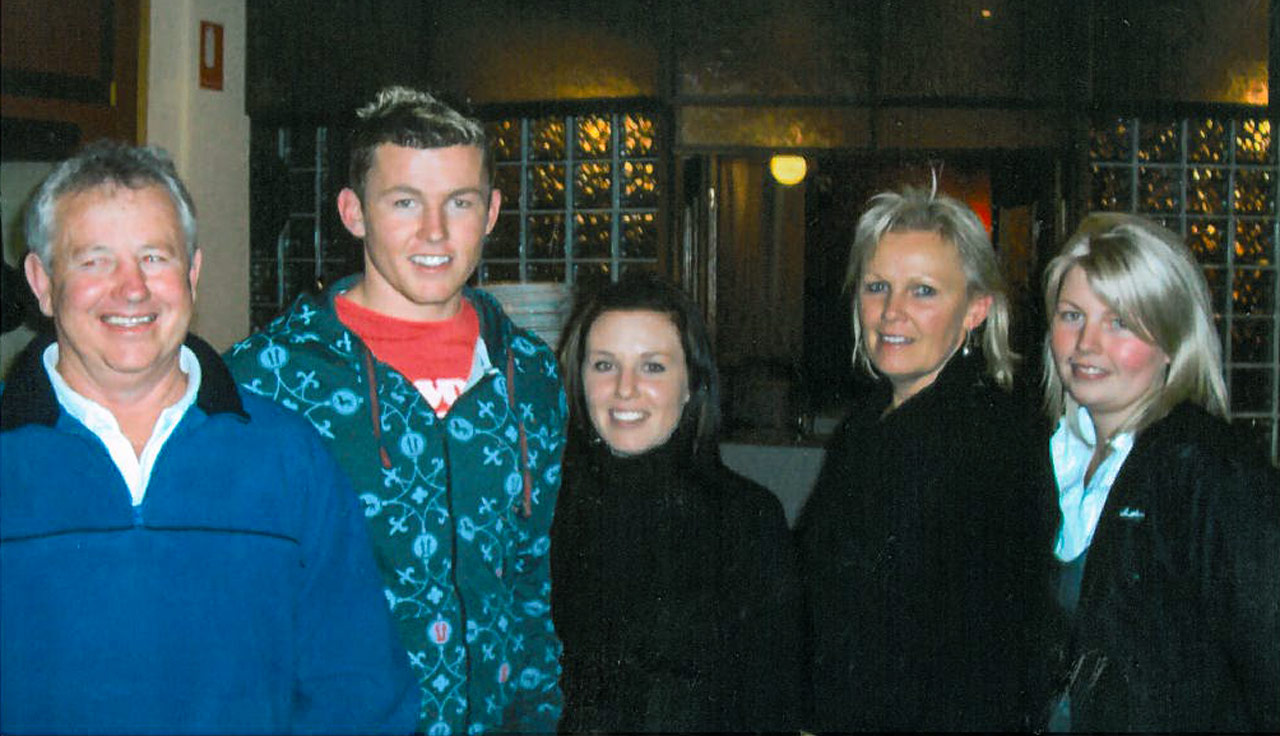 As far as footy was concerned, Dad was a perfectionist and probably a bit hard on me. He was a tough taskmaster and stayed that way right until he started to get sick.

He taught me a lot about rugby league and life in general. Dad knew a fair bit about footy and also coached me and my mates.

In his heyday, they tell me he was a pretty fair player for Goulburn United – a halfback of course, like me. He was highly regarded in bush footy circles and Don Furner, the first coach of the Raiders in the early 1980s, had a high opinion of him.

Dad was never interested in playing in Sydney but bush footy was strong back then and they got good crowds. After two daughters, he was delighted to have a son and never made any secret of the fact that he wanted me to follow in his footsteps and be a rugby league player.

Of course, Dad took a special interest in me and my development on the field. He wanted me to be a good player right from the start and success came fairly easy to me, which I owe to him. 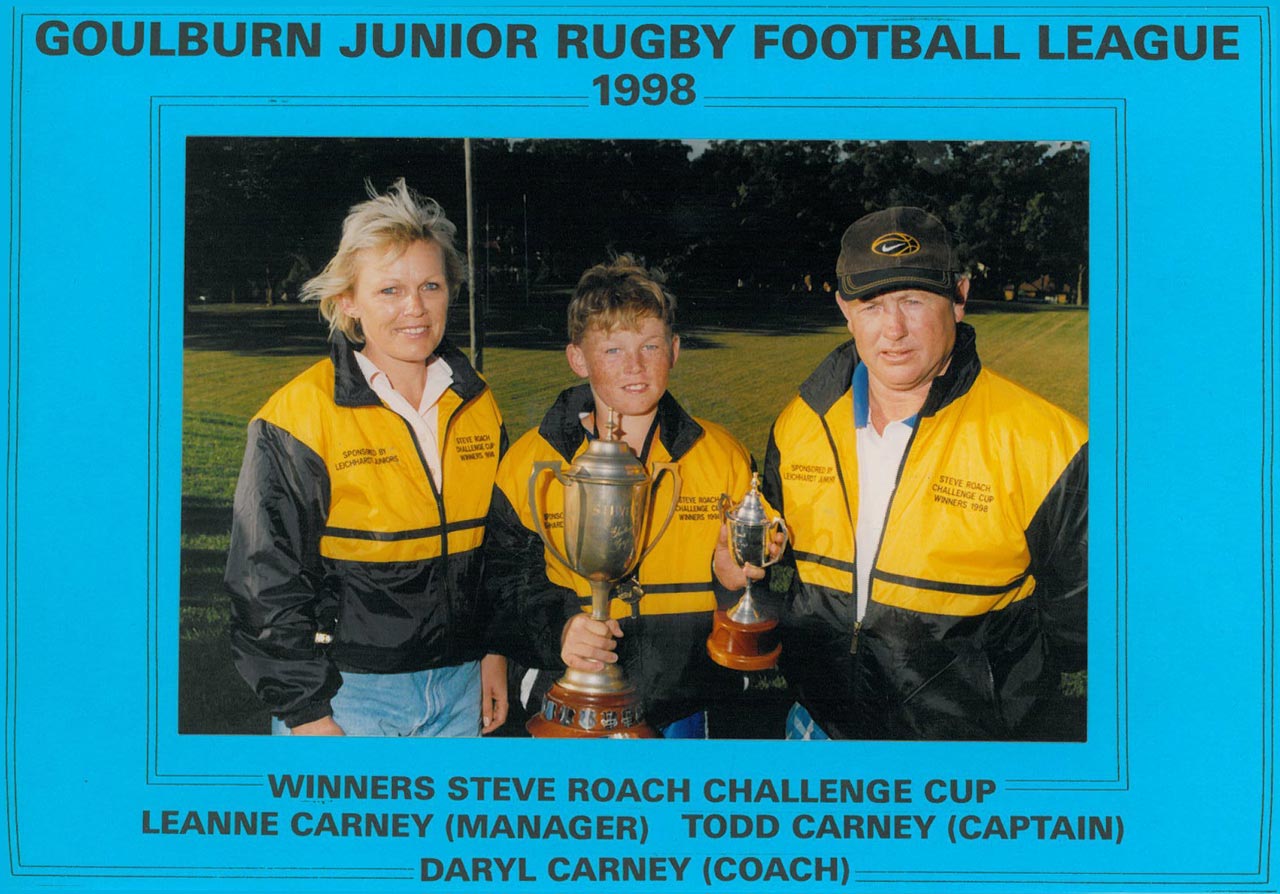 He saw I had talent and wanted me to be the best I could be. Not just on the footy field, but at training, on the cricket pitch and the like. Pop could see Dad was pushing me, and he was a bit protective of me as a result.

I guess Pop thought for a kid, football should be fun, and he wanted me to enjoy myself. If I played well, I got praise from Dad, but if I had a bad game, I’d be in the doghouse.

Some days if I had a poor game I’d sit in the back seat of the car and Dad wouldn’t say a word to me all the way from Sydney back to Goulburn. It felt like the drive took days.

When we went on a holiday to, say, the Gold Coast, we’d go to a theme park in the morning like Wet’n’Wild and then in the afternoon Dad would say, ‘Come on, let’s go,’ and we’d head to the nearest park to do skills and fitness training. When we went to the shops, it wasn’t to hunt for souvenirs or comfort food, it was to buy protein powder.

One day I had three mates from my team around and Dad said, ‘Come on, boys, let’s go for a drive.’

We were silly kids, probably around eleven, and didn’t ask any questions. I remember seeing four rusty old pushbikes in the back of Dad’s ute but again, didn’t think anything of it.

So Dad drove us around 30 kilometres from home and stopped the ute in the middle of nowhere and said, ‘Right, everybody out!’ Then he took the four pushbikes from the back of the ute, making sure I had the hardest one to pedal, of course.

Then he said to us, ‘Alright – ride these back home.’ Our jaws dropped, but we did as we were told. He rode behind us in the ute the whole way just to make sure we didn’t get up to any funny business, while our dog ran alongside us.

I felt sorry for the poor mutt – he was rooted by the time we got home. We rode for what felt like forever. It was dark when we got back, exhausted, but it was great for our fitness and, as young kids, we were active and happy to take on the challenge, even though I felt like stopping a few times.

During footy games, I always had to take note of where Dad was sitting and look to him for hand signals during breaks in play. He’d usually give me a thumbs-up when I was going well … but I dreaded it when he gave me the thumbs-down. 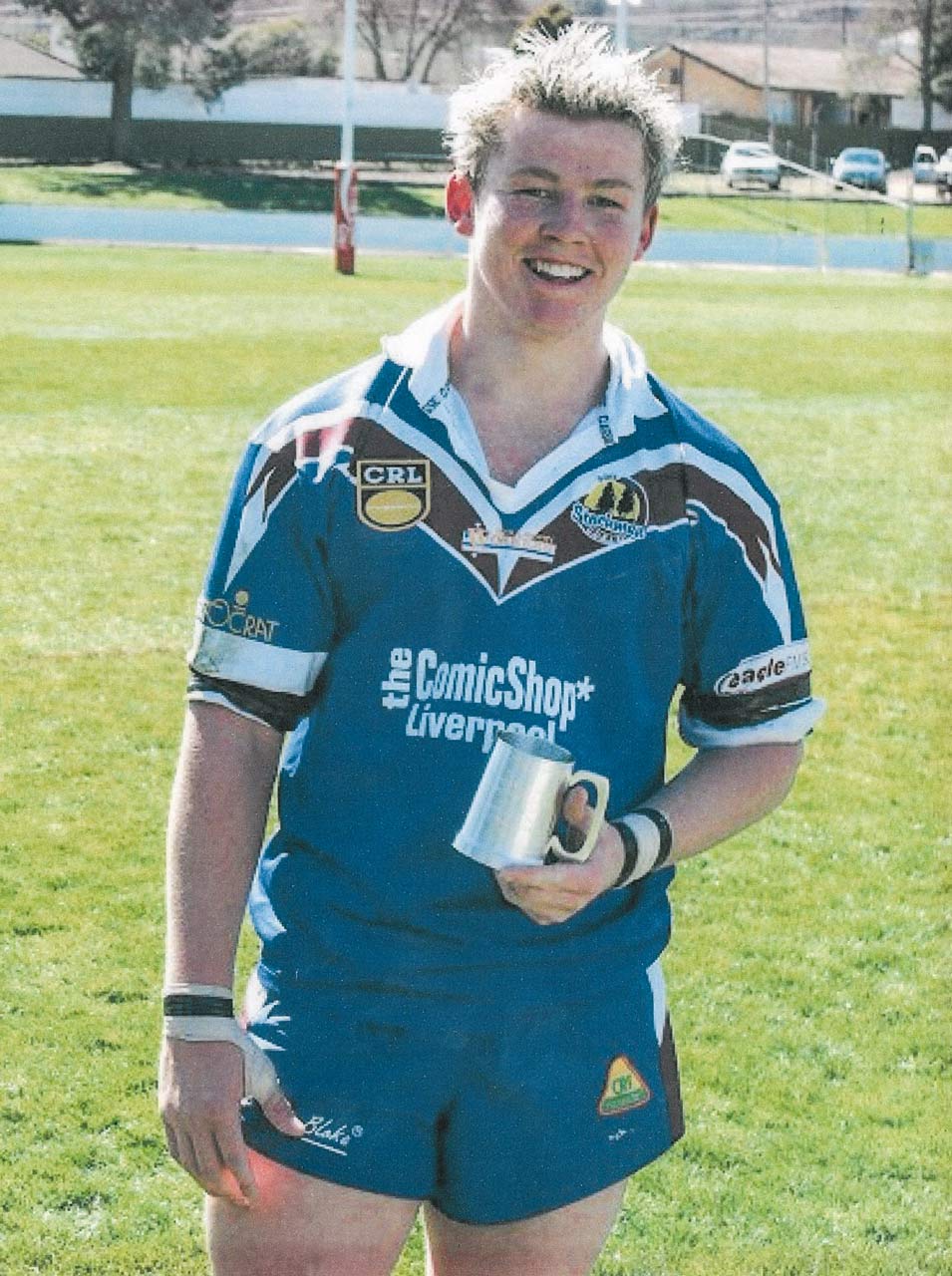 Mum once asked me, ‘Are you going to be as hard as he was on you when you have kids?’ I thought long and hard before answering. In the end, I told her, ‘Probably, yes … I think so. I wouldn’t force them to play rugby league but if they did, I would do all I could to help them realise their potential and be the best player they could be.’

Dad was hard and it wasn’t always fun, but I knew he had my best interests at heart, even though there were times I wished he would back off and just let me be a normal kid like my mates. Pop saw the negative effect that the pressure from Dad sometimes had on me – constantly having to be the best – and the two of them clashed a bit over that.

It got to the stage where the pressure became too much and, at around age 12, I decided to ‘retire’.

It all got too hard. I wanted a normal childhood. I wasn’t allowed to ride skateboards and there was no partying because I had to look after my body.

I resented it a bit, seeing all my mates have fun like kids are supposed to, and rebelled against Dad’s tough approach. Pop was on my side and said to me, ‘You’re entitled to push him away.’

I appreciated his support.

My retirement lasted all of one week and, looking back, it was probably nothing more than a hissy-fit from a kid who didn’t like to be pushed too hard. But at the same time, I think it sent Dad a message that I was still just a little kid and wanted to enjoy my footy more than anything else. 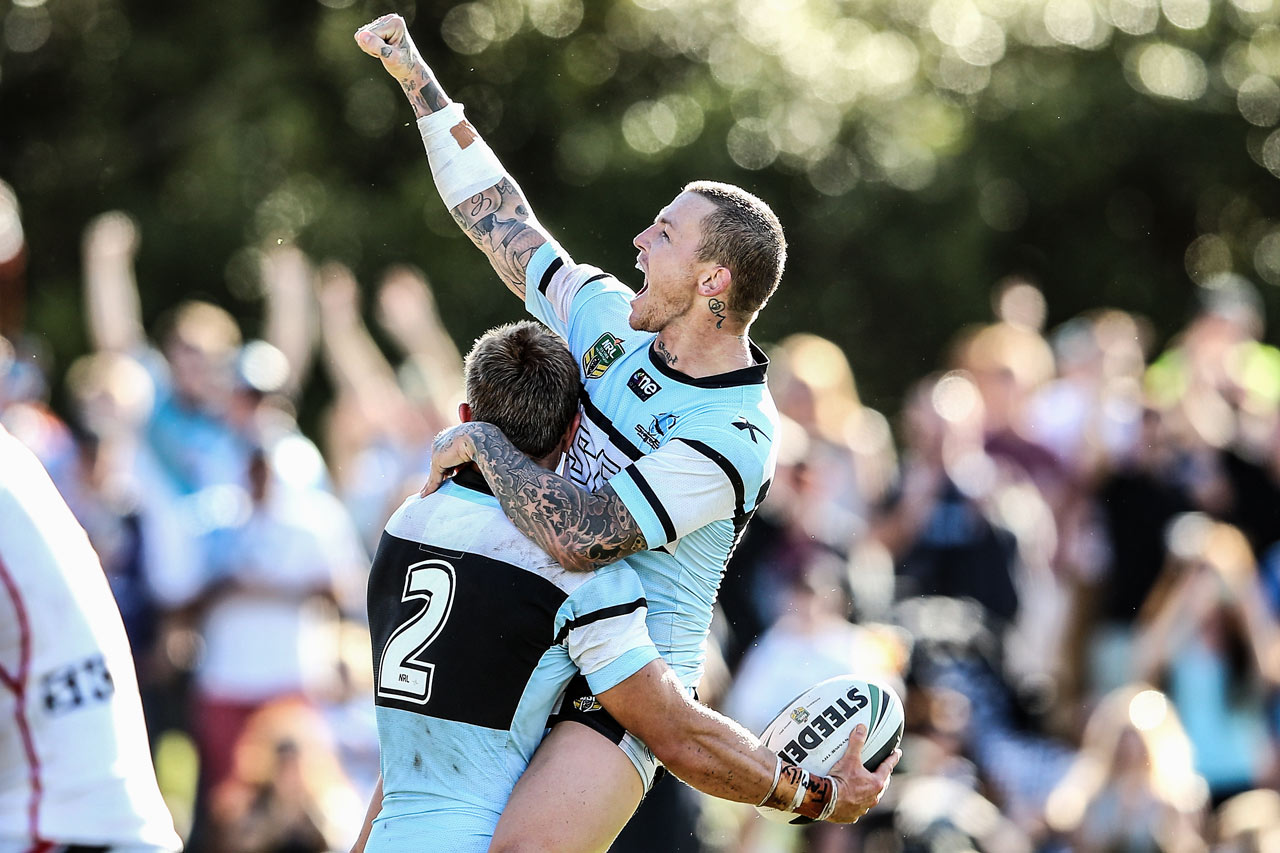 I probably only realised I had true potential when I started at Mulwaree High School, Goulburn. I came to see that I could make things happen on the field. It felt special to be good at something and be appreciated for it.

I started training with the Goulburn Stockmen one or two nights a week and the Canberra Raiders began to take notice of me. I was chosen to join their junior development squad and Dad or one of the other parents would drive me to Canberra for training up to three nights a week.

In late high school, my confidence grew and, training with Canberra, I developed a dream to play in the NRL. I put all my time, focus and effort into the dream and stopped caring about schoolwork. I had a goal and wasn’t about to let things like maths and science take my mind off it.

Mum and Dad supported me – they could see football was where my future lay and they didn’t give me a hard time about my grades. I don’t think some teachers were very happy about my career path but, having said that, I also wasn’t a bad kid. I stayed out of trouble at school and I think I can thank footy for that, it was on my mind 24/7.

I was too scared to play up: no wagging school or getting suspended. I knew I would have been in strife when I got home and it also might have affected my football prospects.

I finished Year 10 and took a scholarship with the Raiders. I was meant to go to Erindale College in Canberra for Years 11 and 12 – a fancy school that Ricky Stuart and lots of other good players went to. On reflection, it might have been a better thing for me.

The post The hiding that never came appeared first on AthletesVoice.