Life is a precious thing. Nothing is guaranteed. Everyone has their ups and downs, and mine have shaped the man I’ve become.

At the Warriors, when you are about to make a first grade debut, they bring your family in to present your jersey. I was lucky enough to have my partner Sarah, my son Rio, my dad Perry and my sister Zelda there to celebrate with me.

We’re a big family. I’m one of 10 siblings and there were a lot of challenges we had to go through together before I got to that moment. And 2010 was as down as it gets.

That was the year my brother Tyson passed away, my mother was in prison and the rest of us left Auckland for Australia.

To be in that moment at the Warriors, seven years on, to realise there was light at the end of the tunnel, and for them to be there for me and to share it, was something I’ll never forget.

My dad likes to keep to himself. If there’s anything that troubles him, you don’t usually know. He’s your typical older generation man who doesn’t want to show a lot of himself.

He’s a hard man but he softened that day, and for him to be like that in front of people he hadn’t met, I knew that it was special for him.

And none of us were just thinking about the jersey and the debut. 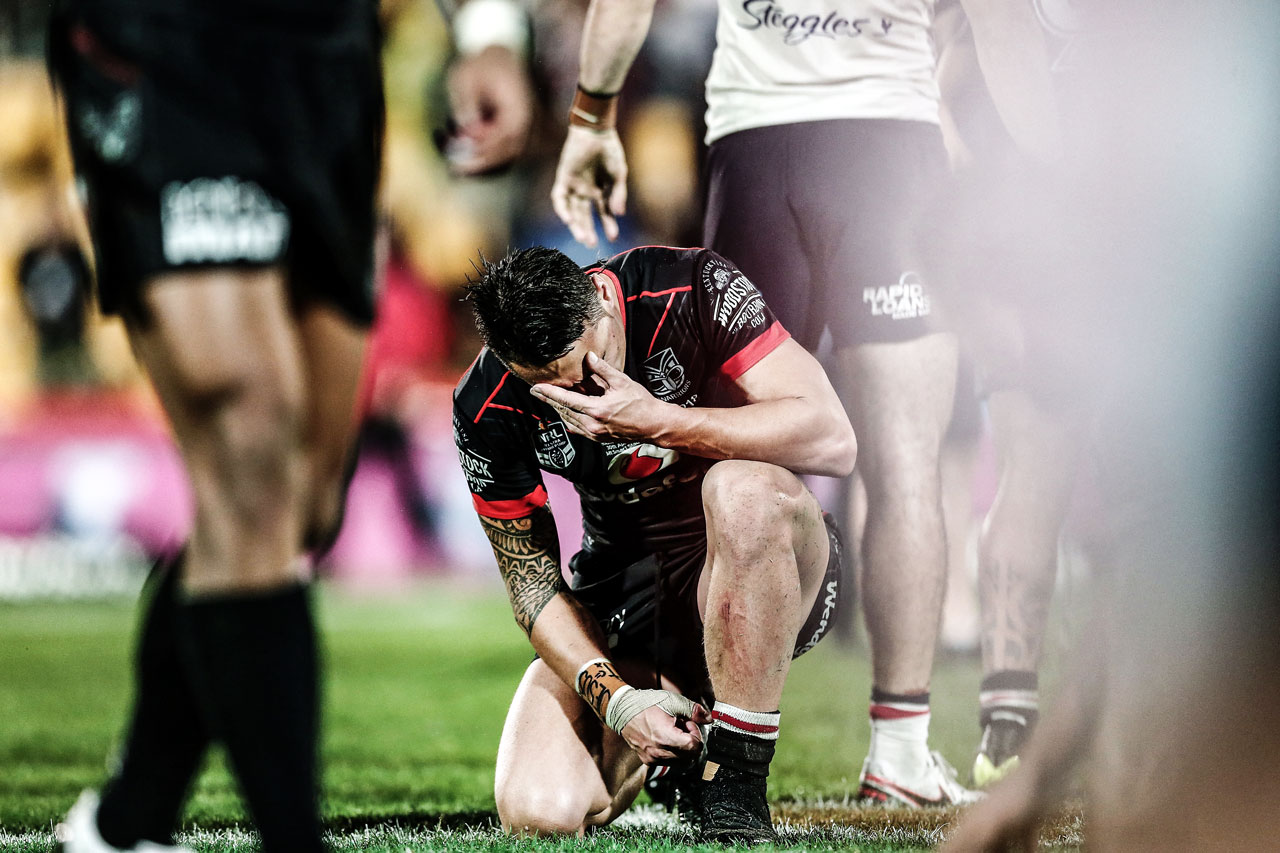 passed away in his sleep

Tyson was five years older than me and he suffered from muscular dystrophy from a very young age.

It’s a condition that attacks the body and it deteriorates quickly. You start to lose the function of your legs and arms. He couldn’t live a normal life but the impact he had on ours was immense. He touched our lives in many ways.

He and our family were told he wouldn’t make it past certain ages. Each time he got to that age, they’d give him another age. It got to the stage where they just said ‘live as long as you can’. He was about 19 when he died.

That was a devastating time for us as a family. I remember vividly the car ride, driving down from Auckland to where he was staying with his mum.

We knew he was sick and I guess he was just holding on for our dad to see him. After we got there, it wasn’t too long before he passed away in his sleep.

I remember Tyson coming to watch me and my brother play games of footy. We would also go to Mount Smart and watch Warriors games and we would be down the front because we couldn’t carry his wheelchair up the stairs.

Later, every time I ran out there to play, I’d remember that clearly.

Every time I run onto a field, still, I feel grateful. Blessed to be in the position I’m in. Every time I run out, I always look up knowing that he and some other family members who have passed are watching over me. 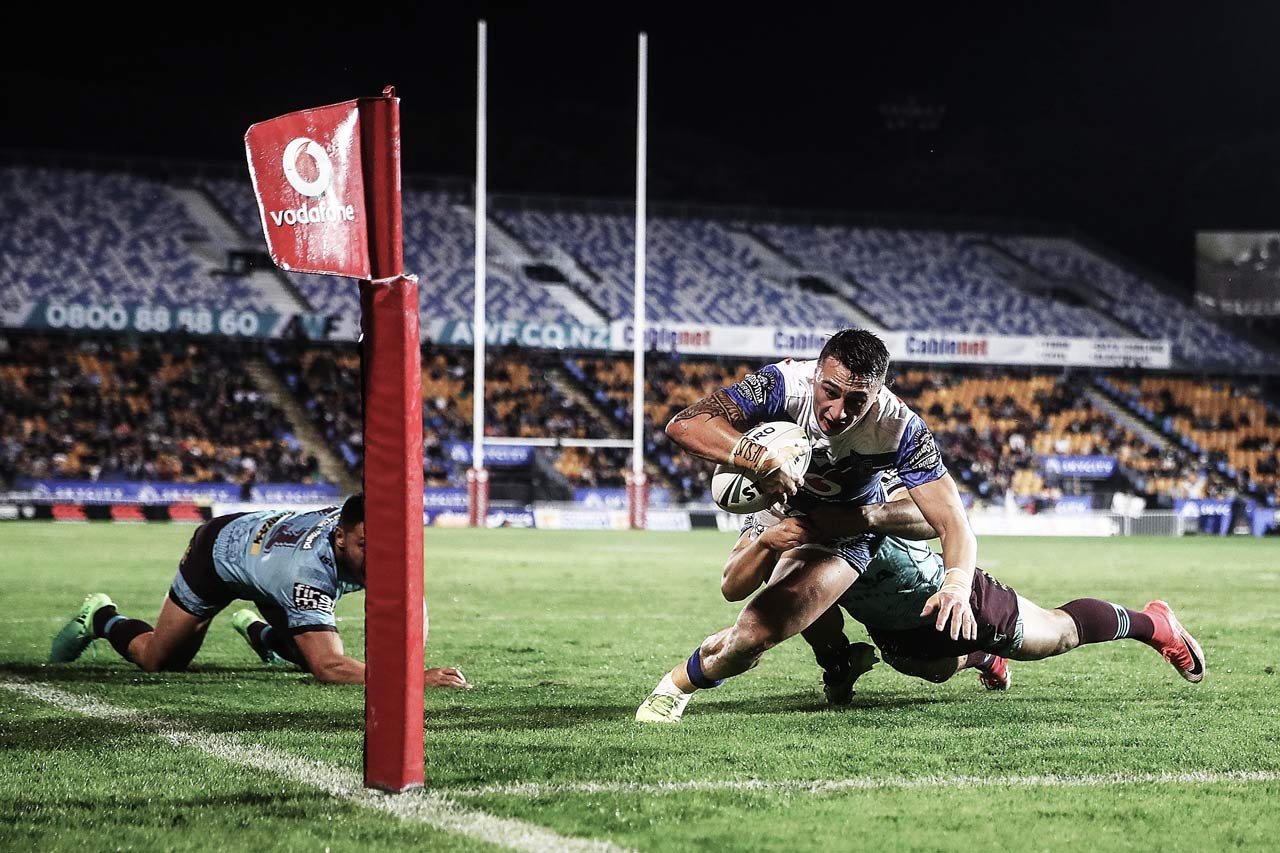 everything for a reason

My mum went to prison in late 2009. She was sentenced to eight years and did four years of it.

To this day, I don’t know exactly what happened. I haven’t wanted to ask her and I’m happy not knowing.

My uncle was in a bad group and when he died my mother got caught up in a few bad things.

She’s going well now. But it puts things in perspective, not having your mum for four years.

It was very hard on my dad having to play both roles for that time.

We were struggling in NZ. My dad was juggling getting us ready for school and everything else, like a single parent in a sense. It was tough on him, and my older brother, Deon, could see that.

He bought our tickets. Told my dad, ‘You’re booked, you’re coming over on this date.’

The date was December 15, 2010. I was 15, my brother Ranginui was 11 or 12 and my sister Zanneja was seven or eight. My older brother Sonny and I were alright but it was a lot heavier for them.

My mum understood. She knew it would be hard for all of us, but that it was the best thing for our family at that time to move to Australia.

I went to the prison to visit her for the last time before getting on the plane to Australia. That was one of the toughest days of her sentence, for obvious reasons.

We moved over and I kept in contact writing letters to her, talking on the phone.

It’s tough to look back on now, but I understand if we didn’t move to Melbourne I wouldn’t have been picked up by the Storm and the pathway through 18s and 20s probably wouldn’t have come.

In the early years in Melbourne, I missed a couple of Christmases and birthdays because I had to stay in training and I didn’t get to visit mum, apart from one funeral we went to. It was a tough time.

Mum was released from jail in 2013. I came home to celebrate my 18th birthday with her. I went back to Melbourne to finish under-20s in 2014 and 2015 but then signed with my home club because I was missing my family so much.

I’m not sure how life would have panned out, but I doubt I’d be here, playing for the Raiders if I hadn’t moved to Melbourne when I was 15.

I just know that everything worked out for a reason. 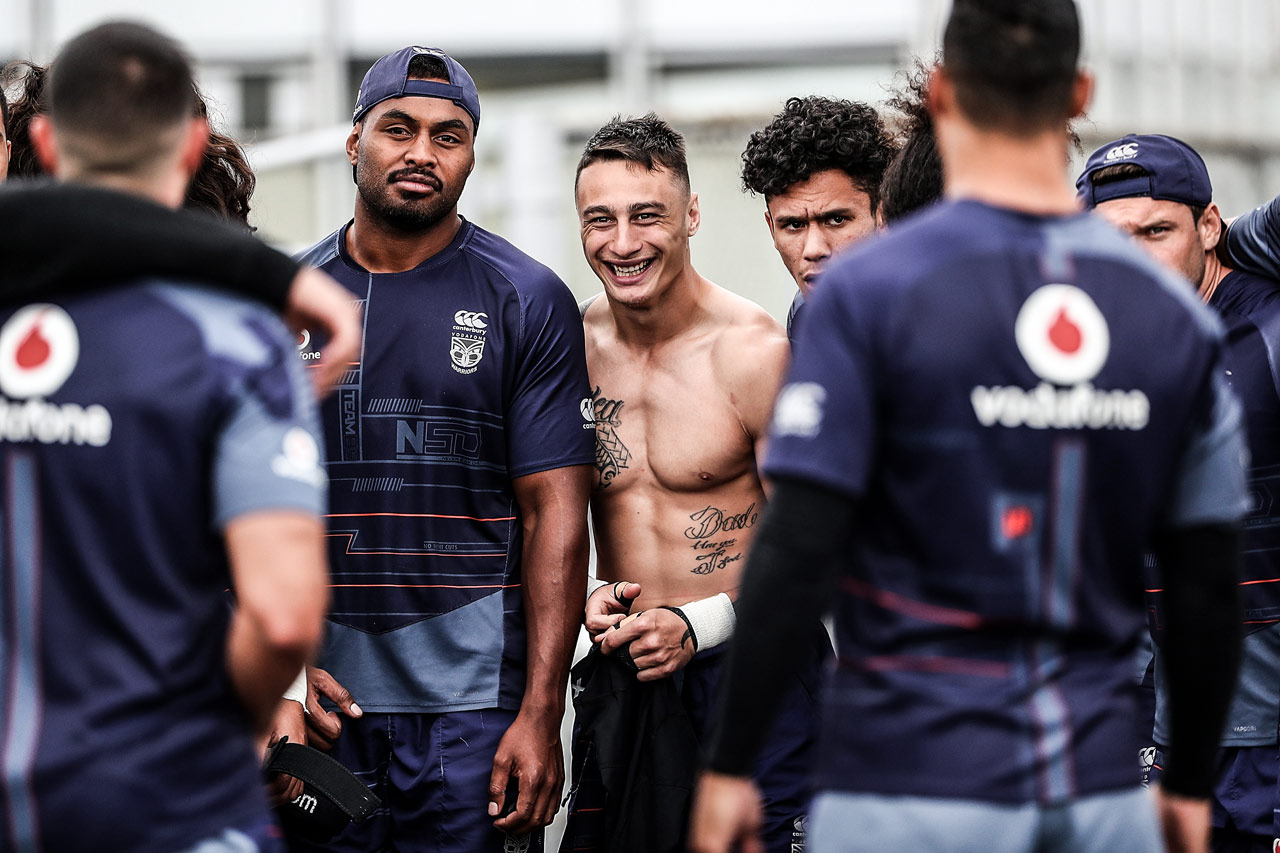 My old man Perry is the architect of my career. He’s been there taking me to training, pushing me, giving me the hard word.

He played union growing up and switched to rugby league later in his career, so me and my brothers grew up in league.

He didn’t go further than senior club footy, but my family talked him up – making sure I knew he was a pretty good player in his day!

It would have been interesting to see how he would have gone if he’d had the same opportunities to go into first grade footy earlier.

He’s hard but he does it out of love. He wants me to be the best I can be and that’s how it is with the rest of my family as well – my mum, brothers, sister, cousins, my partner.

They’re all pushing me to be the best I can be and every one of them has played a part in me getting to where I am today. I’m not getting ahead of myself and they make sure that doesn’t happen.

Stoked we got the W against a tough Sharks side

especially on a special day

stoked to have some loved ones here for the weekend ! So good to have them around !! Even fan boy’d it on @b1slater

Growing up, my mum was always on our backs about being nice and respectful. It came from my aunties and uncles down as well.

What happened with my brother, and what I’ve gone through, has all played a part in who I am.

I played my junior footy in Auckland with a team called the City Newton Dragons and I went on to play for three other clubs and made a couple of rep teams.

I got a chance to play international footy as a junior for the Cook Islands and that was a privilege for me.

My old lady’s heritage is Cook Islander and Norwegian. My nan and a lot of family still lives on the Cook Islands and I have vivid memories of childhood holidays on the small Island of Aitutaki.

At first it was with the family, then it was just me and my older brother Sonny.

The most obvious difference from home was the beaches. You walked out on the balcony and the beach was right there. We rode around on scooters with cousins and uncles, had fun on an inflatable donut, being towed behind a motorbike on the sand.

Things we couldn’t do back in New Zealand: riding on the back of utes, jumping into the ocean off the wharf. I look back on that and think of what a great childhood I had.

I can’t explain how much it means to represent my family, myself and my Aitutaki island when I put on that jersey. In a sense it’s up there with playing NRL, a sense of achievement and joy.

The post I know my brother’s watching over me appeared first on AthletesVoice.

Source: Players Voice
I know my brother’s watching over me